With its majestic shape, Yvoire castle is still standing like a sentinel on Lake Geneva. It is a source of joy for photographers. 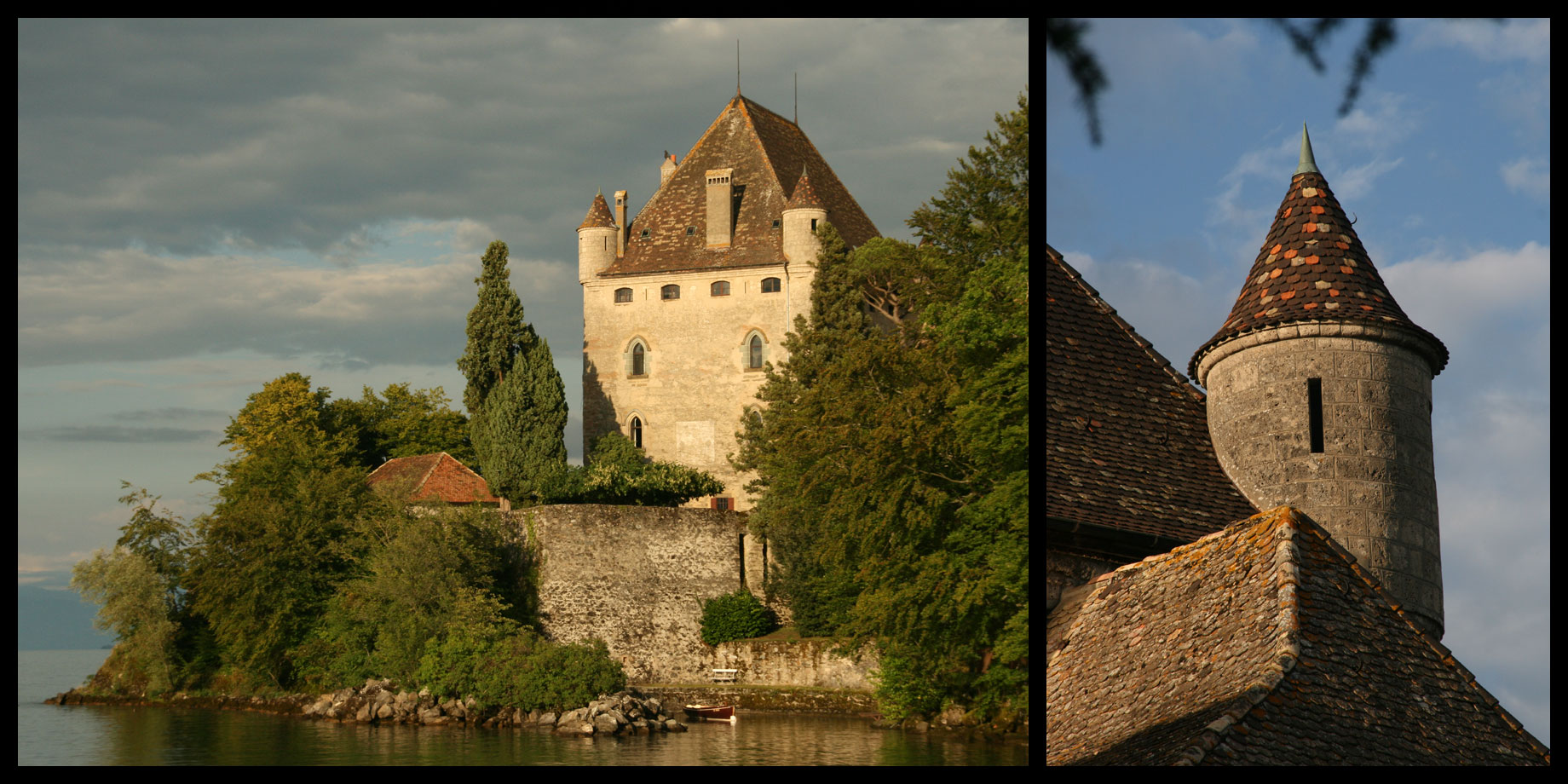 Yvoire castle is the target of all photography-lovers and tourists of Yvoire.

Where to take pictures of Yvoire castle from?

Here are the best spots from where you may observe it and take pictures:

Built from 1306 during the village fortification by the Comte de Savoie Amédée V, Yvoire castle had a military goal to watch the navigation and control the road which linked Geneva to the high valley of the Rhône and to Italy.

For several centuries, the village of Yvoire was in the center of several strategic or religious wars between France, Bern, Geneva as well as the houses of Faucigny, Dauphiné and Savoie.

In 1591, a fire devastated the building which only found its shape back in the 20th century, when Félix Bouvier of Yvoire undertook several internal and external renovation works, like the roof and the watch towers setting in 1939. 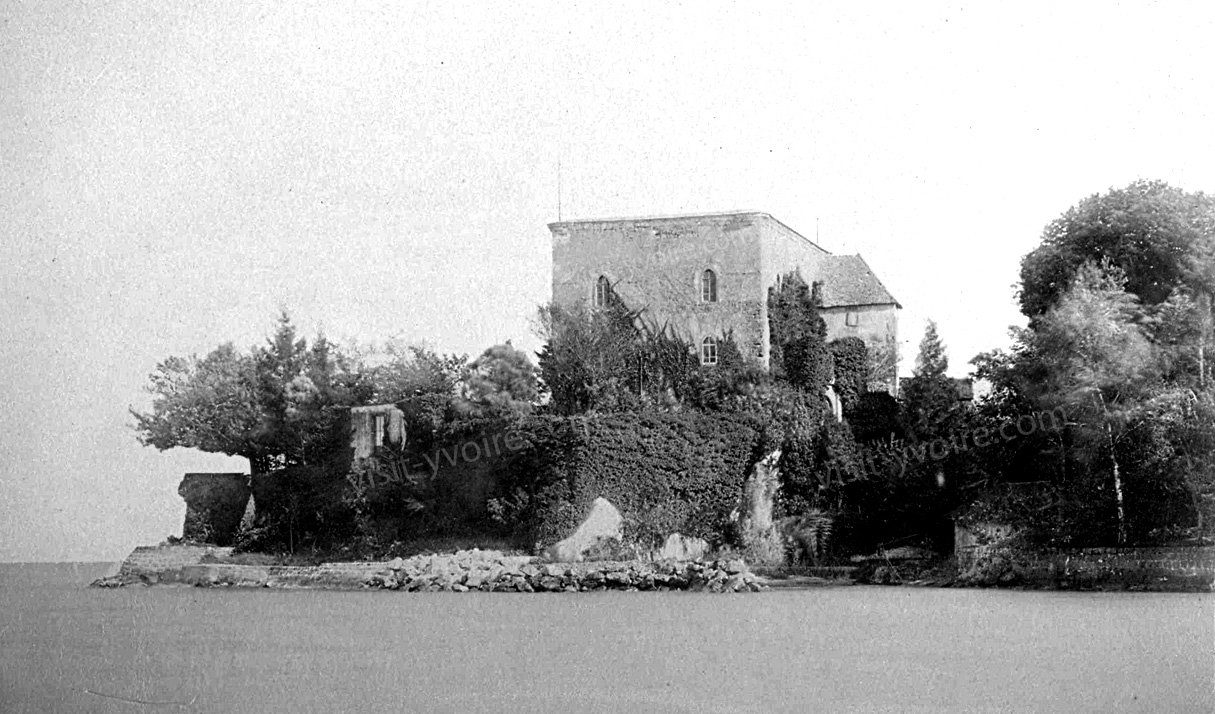 Yvoire castle without a roof around the 1900’s.

The mystery of Yvoire

You won’t come in Yvoire castle. Property of the Yvoire family from the 17th century, it has not been opened to visitors. This contributes to the mystery of Yvoire… 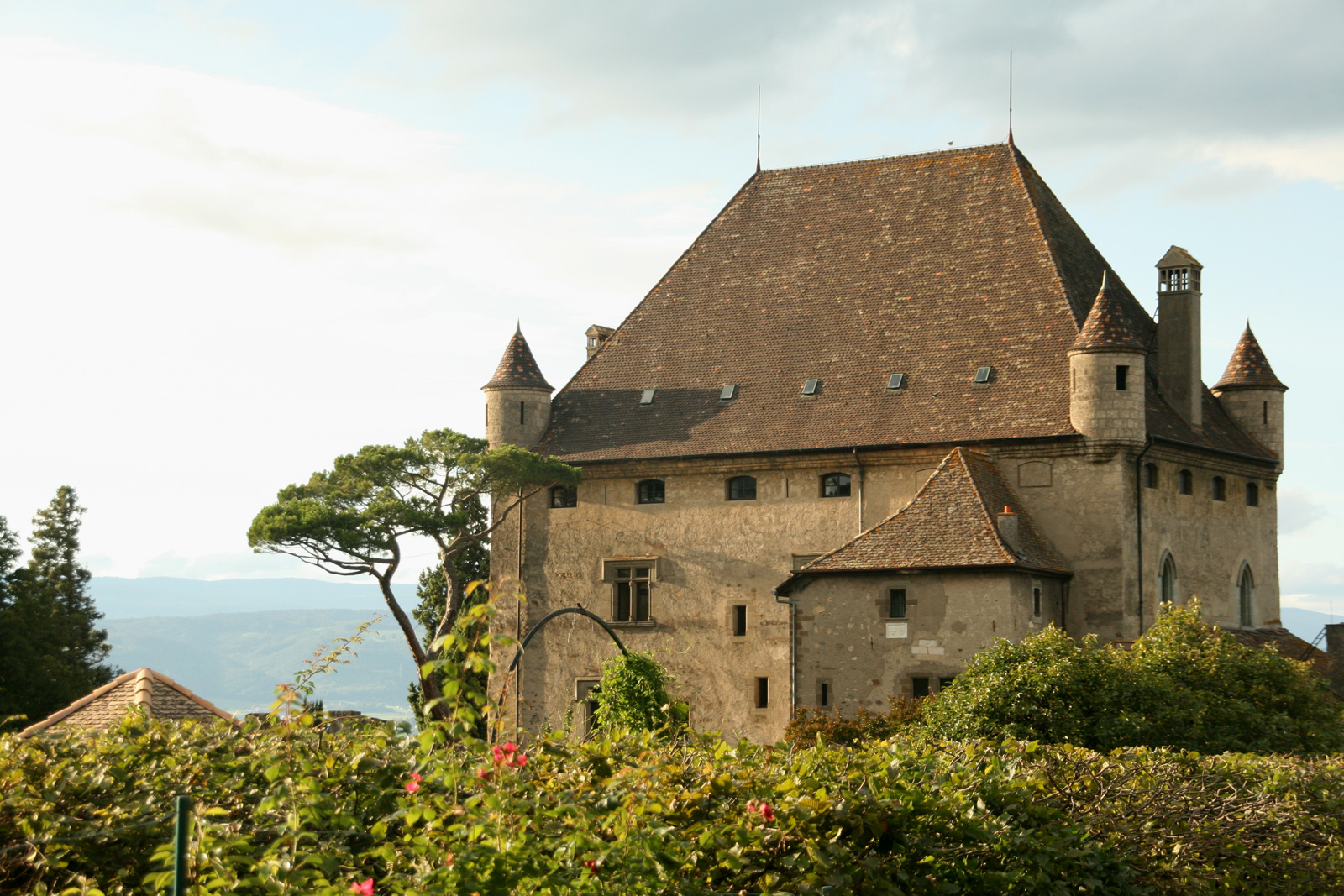 Yvoire castle above a bower hedge from the Garden of Five Senses. 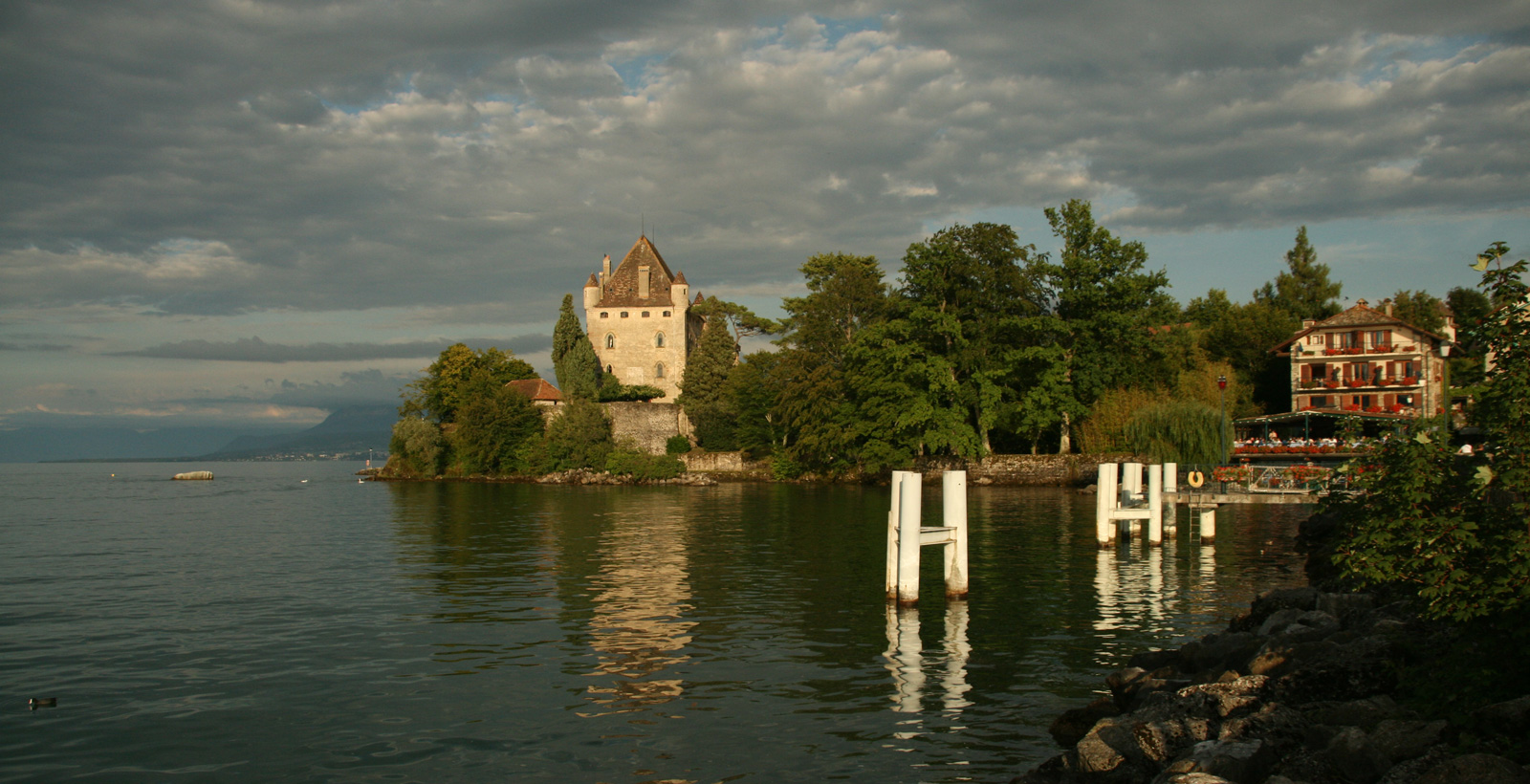 Yvoire castle and l’Hôtel du Port seen from the pier, in the port. 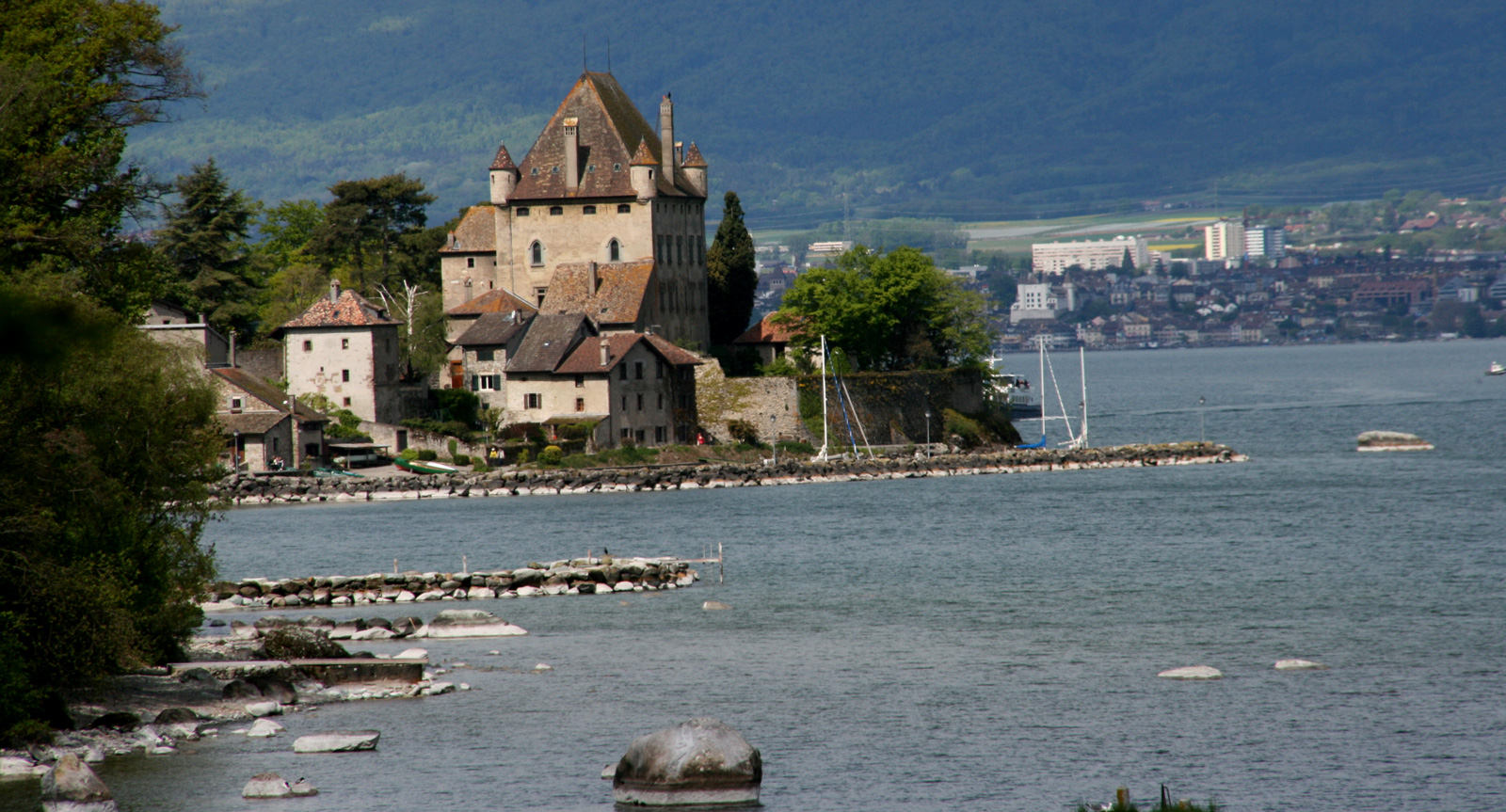 Yvoire seen from Rovorée, from the other side of Lake Geneva, the town of Nyon, Switzerland. 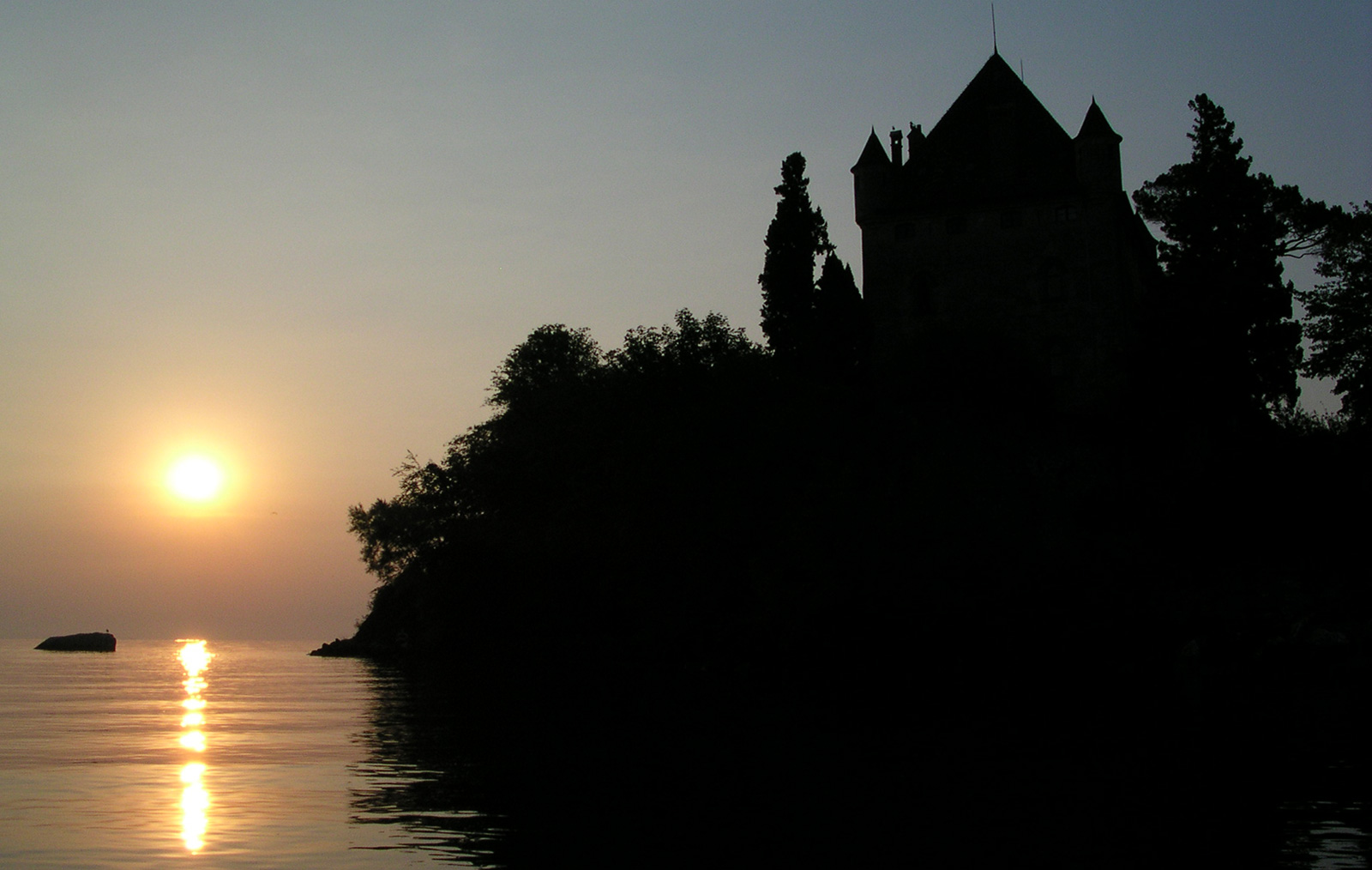 Yvoire castle against the light during sunrise over Lake Geneva. 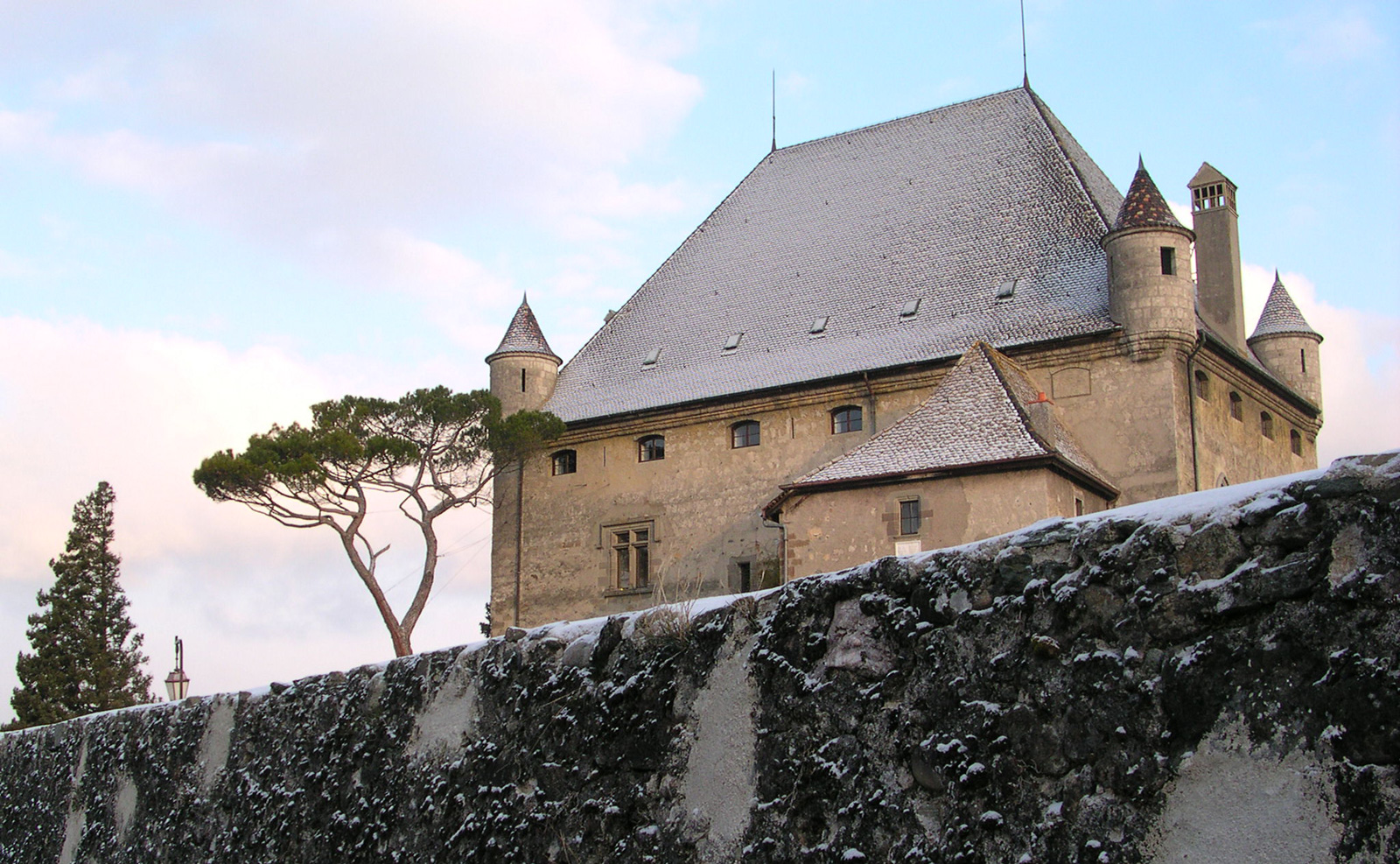 Yvoire castle in winter. The snow is settling in spite of the slopy roof.